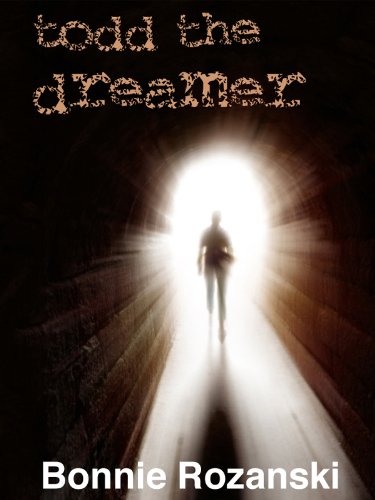 Lucid dreaming (def): The rare state in which a dreamer knows it’s a dream. In lucid dreams, you can change the storyline to whatever you want.

Lucid dreaming (def): The rare state in which a dreamer knows it’s a dream.

In lucid dreams, you can change the storyline to whatever you want.

– Like to fly over the rooftops? Go right ahead.
– Kill off your demanding boss? Do so with impunity.
– Enjoy awe-inspiring sex with a gorgeous someone who in real life doesn’t even know you exist? Do I even need to ask?

Todd Goldman is an ordinary young man. He has tried his hand at various low-level jobs and succeeded at nothing. All his life, he has let life lead him, not the other way around…until the day he answers an advertisement for a sleep lab, and enrolls in a study of lucid dreams.

Todd finds he is a quick study at lucidity, and increasingly learns to control the content of his dreams. In contrast, unfortunately, his life is an uncontrollable mess. He fights with his girl friend and struggles to gain some independence from his parents. He loses his day job. The beautiful technician at the sleep lab thinks he’s a jerk.

However, in his lucid dreams, and in the out-of-body experiences that follow, Todd is able to create the life he wants, a situation so seductive that his dreams begin to take over his life.

But then, of course, what is the reader to believe? Is Todd indeed out-of-body despite the doctors’ insistence it is just an unusual dream? Is the chief researcher truly willing to forfeit Todd’s life if it means getting good pictures of his brain? And do the sleep doctors in fact plan to lock him away in a psychiatric ward?

Both a fast-paced psychological thriller with a solid grounding in science and a darkly comic novel with a cast of exuberant, funny characters, TODD THE DREAMER is, above all, a story of where reality ends and dreams begin.